Being Inclusive and Resilient

Prominent Malaysian economist Dr Jomo Kwame Sundaram answers some questions on Malaysian as well as global views of inclusion and economic resilience. This was an article features in In Focus magazine issue 5.

When asked about the future of the global economy, Malaysian economist, Dr Jomo Sundaram says, ‘I am no fortune teller. I do not trust those who claim to know the future with any degree of certainty. This is true not only due to the earlier unpredictability of world economic trends, but especially with the current American leadership which thrives on being unpredictable. For example, no one would have predicted that former US Federal Reserve chair, Janet Yellen, would have supported the American interest rate cut, which President Trump seeks and her successor, appointed by him, seems to have been resisting.’

What will influence the global economy?

The uneven financialisation of the world economy has been reshaped, but not thwarted by the 2008-2009 global financial crisis and the varied policy responses to it. Instead of ensuring growth and stability, the Bretton Woods institutions (World Bank and IMF) have become handmaidens of some of the new forms of financialisation that are putting us all at risk. Limited reforms – mainly introduced at the national level, as there is very modest international financial governance capacity – have been largely rolled back over the last decade, leaving global finance and the real economy now more vulnerable than ever.

How can inclusivity guarantee economic resilience?
The notion of inclusion is the opposite of exclusion. One school of thinking presumed that poverty was due to exclusion. Such thinking implicitly rejected the possibility that poverty may be due to inclusion, rather than exclusion. For example, financial inclusion of the poor may deepen indebtedness, which could be impoverishing, rather than emancipating. In any case, such thinking argues that inclusion will reduce inequalities, for which there is no strong evidence, and that reducing inequalities will ensure greater social, political and economic resilience. There are many variations of such arguments which rarely stand up to critical scrutiny.

What has made Malaysia’s economy inclusive?
As Malaysian political discourse has been ethno-populist since the 1930s, and especially after the elimination of the left in the mid-1960s, the New Economic Policy (NEP) is widely believed to have been responsible, not only for eliminating poverty, but especially for reducing inter-ethnic disparities, particularly between Muslim Malays and non-Muslim Chinese. In this sense, inclusion is associated with reductions in overall income inequality as well as inter-ethnic disparities.

From another perspective, most Malays were excluded from the modern capitalist economy, and participation, it is presumed by those who share this view, implied inclusion as well as progress for them. This ignores the fact that most workers, especially in primary production, were poorly paid, although they may have had higher cash incomes than farmers who produced at least some of their own food and other needs.

The development of capitalism in the country dates back to the colonial period, spreading from trade to finance and production, as the books, Charting the Economy and Striving for Inclusive Development by Raja Nazrin Shah, the Sultan of Perak, and other books show. Industrialisation got a boost with new policies after independence, which accelerated economic growth and transformation in the last four decades of the 20th century. These slowed in the last two decades after the Asian financial crises, especially under the post-Mahathir regimes.

Is Malaysia’s economy resilient, at least, for the next five years?
Despite prudential macro-financial measures introduced following the 1997-1998 Asian financial crisis, new vulnerabilities have emerged, with continued financial innovations and reactionary policy responses to globalisation’s discontents, especially in the last decade. Malaysia’s economy is now open on many fronts, with most posing vulnerabilities. The economy isn’t only heavily reliant on international trade and foreign markets, but also on foreign direct and portfolio investments as well as technology, all of which involve economic losses of various kinds.

Such openness poses huge problems as globalisation and its reactionary discontents have become more significant in the last decade with unpredictable responses and consequences. However, it is financial integration, especially with fast changing financialisation, and its enablers – including private banking, investment banks and universal banking as well as non-bank financial institutions – which pose the greatest dangers to the world economy.

Last Words
The ideal example of an inclusive economy? Well, by definition, the ideal is not to be found in the real world. Further, the answer depends heavily on what one means by inclusion. It seems useful to think of inclusion as ‘double-edged’. For the vast majority, who are wage-earning employees, inclusion means an income associated with employment, but it also means greater income streams for their employers from their work efforts. Furthermore, there’s no agreed definition when it comes to measuring a country’s economic inclusivity, and frankly, I do not find it terribly useful for understanding the world we live in.

Lastly, in the midst of many economy-affecting issues such as trade and tech wars, ensuring sustainable economic growth is a challenge. Malaysia’s high degree of openness and vulnerability, summarised earlier, makes it all the more difficult to ensure sustainable economic growth. Prudential measures are needed to reduce these vulnerabilities, but as such measures are not costless, it is necessary to make a careful critical assessment to identify those measures to be prioritised for minimally costly design and effective implementation or enforcement. 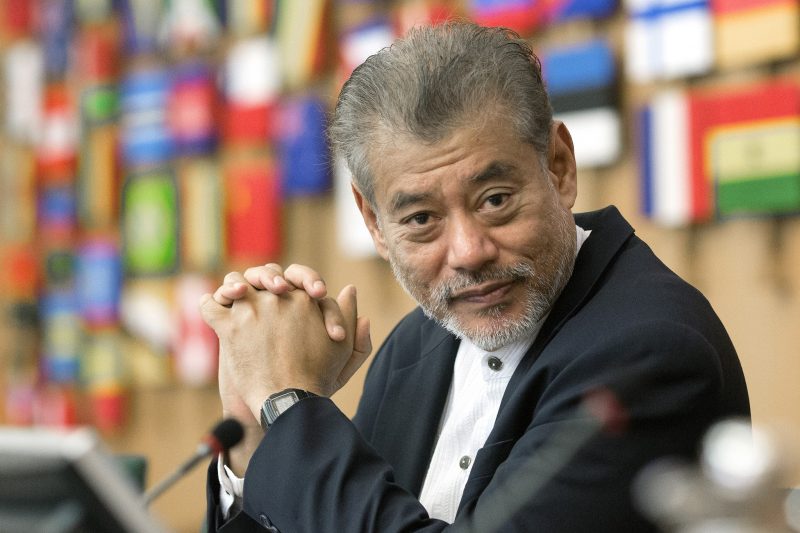 About the Author
Dr Jomo Kwame Sundaram was a member of the Council of Eminent Persons, and is a member of the Economic Action Council advising the Malaysian Government. A prominent Malaysian economist, he held the Tun Hussein Onn Chair in International Studies at the Institute of Strategic and International Studies in Malaysia during 2016-2017. He was the United Nations Assistant Secretary-General for Economic Development in the United Nations Department of Economic and Social Affairs (DESA) (2005-2012), after which he was Assistant Director-General and Coordinator for Economic and Social Development at the Food and Agriculture Organization of the United Nations in Rome until 2015.

Main photo by Chuttersnap on Unsplash.