Justice and Solidarity Necessary for Progress

Steps towards inclusive growth can decrease inequality and poverty. However, much remains to be done for greater fairness and social cohesion needed for sustainable development, as Dr Jomo Kwame Sundaram points out. This was published in the second edition of In Focus magazine.

A Step Forward
The United Nations’ 17 Sustainable Development Goals (SDGs) involve specific targets to be achieved, mainly by 2030. Its agenda attempts to be inclusive, addressing inequality and discrimination, and claiming roots in universal human rights.

The 1944 Bretton Woods conference created the International Monetary Fund (IMF), not only to help countries overcome balance of payments difficulties, but also ‘to direct economic and financial policies toward the objective of fostering orderly economic growth with reasonable price stability, with due regard to its circumstances’.

More recently, many governments claim to have learnt from the 1997-1998 Asian financial crises and the 2007-2009 global financial crisis. But while some measures implemented since may be effective in preventing their recurrence, others associated with deepening global financial integration may be inappropriate, inadequate or worse, even counterproductive.

Investors’ demand for finance leads to greater financial development. After all, money and credit are supposed to lubricate the real economy. Emerging and developing economies start from relatively low incomes, and therefore have greater growth potential.

In developed and ‘emerging market’ economies, especially in the Eurozone, finance continues to grow even as growth slows. Apparently, savings adjust slowly to sluggish income growth, resulting in a rising wealth-to-GDP ratio. This, in turn, creates demand for finance as households seek to ‘park’ their savings, borrow for consumption and buy new consumer durables.

Thus, the financial system grows even though economic growth declines. This may result in rising household indebtedness or increasing debt-to-income ratios, ending in debt bubbles and then defaults.

Appropriate Regulation
Besides being cognisant of ‘too much finance’ beyond a tipping point, policymakers need to be aware that causality may run in both directions. Therefore, financial development should accompany productivity enhancement. Financial liberalisation or other financial development policies alone will not spur productivity growth. Without entrepreneurship, finance will prove to be an illusory source of growth.

If the financial sector continues to grow after growth potential falls, it greatly increases the relative size and role of finance, thus accelerating the likelihood of financial, and in turn, economic instability. Countries need strong macro-prudential regulations to contain such vulnerabilities. After all, the lack of good financial intermediation constrains growth in developing countries.

Policy ownership will ensure greater legitimacy and should include capital account regulation and choice of exchange rate regime. As likely international financial reforms are unlikely to adequately provide what most developing countries need, national policy independence in regulatory and interventionist functions must be assured.

A Step Back
Increasingly, the main benefits of economic growth are being captured by a tiny elite. Despite global economic stagnation for almost a decade, the number of billionaires in the world has increased to a record 2,199 in 2017. The richest one per cent of the world’s population now has as much wealth as the rest of the world combined. The world’s eight richest people have as much wealth as the poorer half.

In India, the number of billionaires has increased at least tenfold in the past decade to 111 billionaires, third in the world by country. But, over 425 million, the largest number of the world’s abject poor, also live in the same country. Meanwhile, the number of people living in extreme poverty in Africa, according to the World Bank, has grown substantially to at least 330 million from 280 million in 1990, despite its decade- long resource boom until 2014.

Poor people in Europe bore the brunt of draconian austerity policies while bank bailouts mainly benefited the wealthy. Surprisingly, 24.4 per cent of the population in the European Union are at risk of poverty, albeit measured against a higher, more meaningful poverty line. Between 2009 and 2013, the number of Europeans without enough money to heat their homes or cope with unforeseen expenses, rose by 7.5 million to 50 million people, while the continent is home to 342 billionaires.

The global Gini index has declined since the 1990s due to rapidly rising incomes in China and India, while within-country inequality has generally increased. Gini coefficients fell in five of seven world regions for five years until 2013 despite, or perhaps, because of much slower growth and the adverse impact of the financial crisis on the rich.

Last Words
These are but a few examples of apparently contradictory recent trends. Unequal distribution of both income and wealth is still widespread, arguably growing in most economies and dangerously destabilising, besides being unfair and unjust. The current economic system, if it can be called that, serves the wealthy well, but also threatens to engender tendencies which undermine it.

Globally, concern about inequality has grown as every major economic, social and political crisis has been preceded by rising inequality. Clearly, it is time for change. 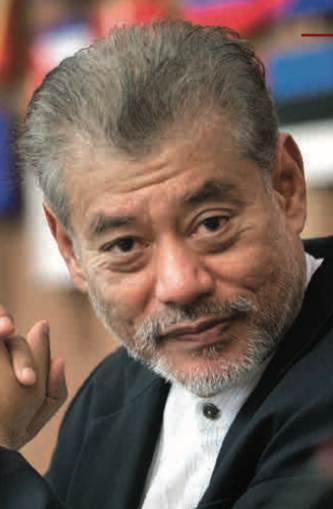 Dr Jomo Kwame Sundaram is a prominent Malaysian economist who held the Tun Hussein Onn Chair in International Studies at the Institute of Strategic and International Studies in Malaysia during 2016-2017. Until 2012, he was the United Nations Assistant Secretary-General for Economic Development in the United Nations Department of Economic and Social Affairs (DESA) (2005-2012) and then an Assistant Director-General and Coordinator for Economic and Social Development at the Food and Agriculture Organization of the United Nations in Rome until 2015.

For more on the latest topics related to business, technology, finance and more, read our digital versions of In Focus magazine, issue 1, issue 2 and issue 3.