Malaysian entrepreneur meant for something bigger

Tengku Nurimazon Tengku Abdul Wahab started with no entrepreneurial experience and juggled several jobs before eventually entering the Malaysian business market to become a chief executive officer of her own company.

Tengku Nurimazon Tengku Abdul Wahab was driven to start a business because the 45-year old mother of four wanted flexible working hours to allow her more time to see her children grow. Little did she know that her drive would lead to the start of her entrepreneurial journey. The Malaysian entrepreneur knew she was meant for something bigger and now manages her own time.

‘In the beginning, I didn’t realise the potential of my own inherited formula until someone opened up my mind,’ she explains. Her company Ku Em Global Sdn Bhd is a herbal product producer that specialises in postnatal care products and confinement treatments that were traditionally used by her royal ancestors.

‘I shouldn’t ignore my own heritage. Besides, its full commercial potential, it shouldn’t be forgotten to only become history.’ The formula for Ku Em products was passed down from generation to generation in her family. She stressed on the need to preserve the legacy.

Ku Em wasn’t her first and only business idea. Before realising its commercial potential, she ventured in other industries like food and beverage. She began selling sandwiches at the age of 13, then cookies, jewellery, clothes and also takaful which is a type of Islamic insurance. She also sold wellness products, got into network marketing and even dabbled in primary education.

Profit didn’t happen immediately, even though she believes that the definition of profit depends on the mission of one’s business.

In the early stages of Ku Em, financing was a major concern. ‘I started by saving, then took small loans from the National Innovation Agency of Malaysia (AIM), sold shawls and made my own jewellery. Until I discovered my own formula which I then started to produce for the United States Arizona Programme.’

That American programme marked the beginning of her entrepreneurial journey globally and introduced her to customers such as Sharon Lechter, co-author of Rich Dad, Poor Dad. When she returned from Arizona she approached government agencies such as Teknousahawan MARA for assistance.

‘It was a turning point for my formula to commercialise globally. The collaboration between Majlis Amanah Rakyat (MARA) and Forest Research Institute Malaysia (FRIM) brought recognition and added the research development value to the product through scientific research to compete in the global market.’

Profit didn’t happen immediately, even though she believes that the definition of profit depends on the mission of one’s business. Two years after she had established her company she was finally able to offer 17 per cent of her share to other investors at RM100k and now successfully manages five employees.

She worked hard before going global. She marketed her products through Facebook and other websites and was an active participant of a few local and international non-governmental organisations. She also got involved in an online mentoring and coaching programme from the Cherie Blair Foundation. She made herself accessible and visible to industry players and attended local and international entrepreneurship programmes.

‘Through partnerships, access to e-commerce, social media that is relevant to the people, and market research.’ She also mentioned that she expanded to other countries by finding joint venture partners in different countries because they know their regulations and culture better.

‘Being traditional and natural are two things that customers look at as environmentally friendly, especially in the global market. Global consumers are more conscious of products with no animal testing, free of chemicals and friendly to the environment. So, I hold on to heritage and practice global standards,’ she says. Today through her branding strategy, her company Ku Em has earned a global appeal and offers something unique and rare to global consumers. 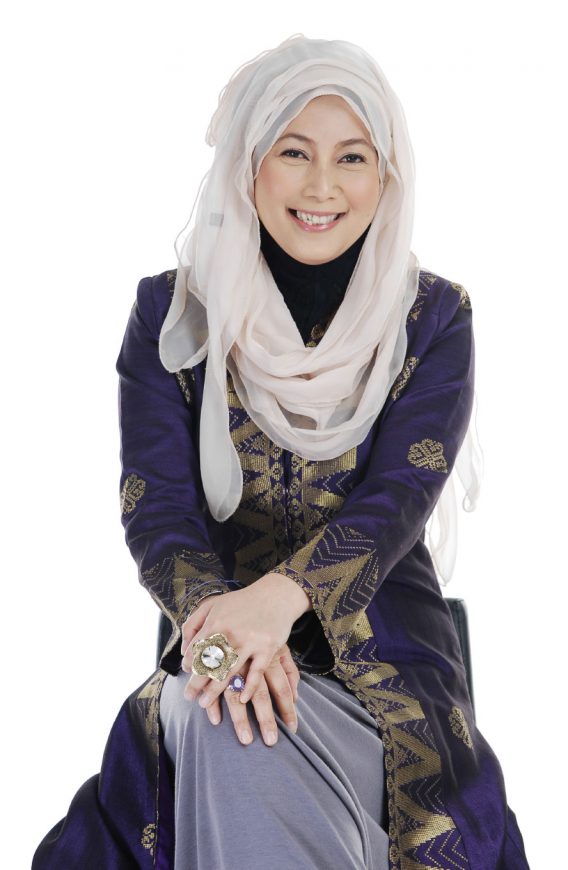 Doors of opportunities
She recalled beginning her journey without enough knowledge about entrepreneurship and funding and that she lacked resources and a team. Her advice for entrepreneurs is to seek more knowledge on how to do business and to leverage on any programme and event with a purpose, in order to experience and learn from others success and failure. She cautions, ‘A one-woman show, multitasking, goes no where.’

‘My first visit to London during the 9th WIEF in the UK inspired me to look for opportunities and to do the market survey before deciding and understand the culture since then I never stopped finding ways to open a branch there. SMECorp brought in their international consultant for the programme and I had the opportunity to meet with the Eurasia Consortium UK and MATRADE the export acceleration (EAM) trade mission.’

Participating in WIEF’s Women Entrepreneurship programmes also benefitted her in meeting different people from different countries, diverse cultures, experiences, challenges, and exposures. ‘The programme opened new doors, allowing me to tap into a wider network, giving access to information and knowledge that otherwise would be hard to come by such as sources of customers, collaboration and funding,’ she ends.