The changing setting for retirement planning has prompted the question of how much money to save for retirement to ensure sufficient retirement fund, and it’s often the main topic in addressing the issue of sustainable retirement saving. Head of Investment and Financial Planning of StandardFA writes.

Life expectancy rate reflects the improvement of environmental conditions, lifestyles and advances in the healthcare system which includes reduced infant mortality. The increased life expectancy combined with declining birth rates have caused many to worry about their impact on the ageing population. What is the Malaysian population by age groups? Based on the 2017 DOSM data, the Malaysian population age 15 and below has decreased to 27.6 per cent compared with 33.3 per cent in 2000.

Saving Behaviour
The changes in retirement saving are needed to ensure sufficient retirement fund and complement the social facilities provide by the government. Unfortunately, Malaysians’ saving behaviour is much lower compared to other countries. Based on a Malaysia’s Bank Negara survey in 2017, three out of four Malaysians find it difficult to raise even RM1,000 for an emergency.

Bank Negara adds that the majority of Malaysians lack long-term financial planning, and only 40 per cent of them are financially ready for retirement. Whereas, Singaporeans’ retirement age is set at 62, and the survey done by DBS bank shows that most Singaporeans will plan for their retirement when they reach the age of 40. Findings from Schroders (2017) show that across the globe, the top five main source of retirement income are savings and investments at 20 per cent, state pension 19 per cent, company pension at 18 per cent, personal pension at 12 per cent and income from property, such as rental income at seven per cent.

In November 2018, the announcement has been made on the revised basic saving quantum by EPF effective January 2019 from RM228,000 to RM240,000, which is in line with the life expectancy rate in Malaysia which is at 75 years old and the revised public servant minimum monthly pension from RM950 to RM1,000. However, based on the Time Value Money (TVM) calculation with the assumption of six per cent inflation rate, the value of RM1,000 in 2018 will depreciate to RM540 in the next 10 years and RM290 in the next 20 years.

First, individuals must have a solid retirement planning. Understanding consumption pattern will be helpful in guiding individual in planning their retirement. A good starting point to measure consumption is via living wage. Theoretically, living wage can be a benchmark to calculate cost of living as it measures wage level that affords an individual adequate shelter, food and other necessities.

In Kuala Lumpur, the current living wages according to figures tabulated by Bank Negara, are RM 2,700 monthly for a single individual, and RM 4,500 monthly for couple. The number of consumptions may reduce once individual stops working. Bernheim, Skinner and Weinberg (2001) found that the decline in consumption during the first year of retirement is 24 per cent, while food consumption at home drop by 34 per cent, which is supported by Andersen and Hermansen (2013) studies.

The research done by Agarwal, Pan and Qian (2015), on the day-to-day financial transactions made by 180,000 Singaporeans, have found that the overall decline in spending post retirement is largely attributable to reduction in work-related spending such as travel and transportation, which proves the changes in the pattern of consumption over the retirement threshold. On top of this, retirees are found to be able to pay-off their mortgage by 60, around the time that their children become self-supporting and leave the family home.

However, the calculation does not take account of medical inflation into consideration. Hence, retirees should review their protection plan 15 years before retiring so that they have a sufficient healthcare plan. In consensus, retirees should be able to have 60 – 70 per cent of monthly income to ensure smooth retirement.

Investment for Retirement
One of the alternatives for retirement saving is through investment, specifically one that is designed for retirement, and this may involve bonds, stock shares, mutual funds or even options contract, depending on the investment horizon.

In Malaysia, government has introduced Private Retirement Scheme (PRS) in 2012 as an alternative investment product for retirement to any Malaysian and foreigner 18 years old and above. It is a voluntary long-term savings and investment scheme designed to increase retirement savings. PRS seeks to enhance choices available for Malaysians whether they are employed or self-employed to supplement their retirement savings under a well-structured and regulated environment.

According to the Securities Commissions Malaysia, there is a significant increase in the number of members as well as the total Net Asset Value from 2013 to 2017, signalling increased popularity of PRS. Most of the PRS contributors are from the group age of 20 to 30 years old. As of January 2018, only 301,000 or 1.30 per cent of Malaysian own a PRS account, which is little compared to the number of smartphone users in Malaysia, which is 19.9 million.

Conclusion
Planning for retirement is important for everyone. Today’s society, on average, live longer than ever before, which demands more retirement funds as no one is expected to be able to work indefinitely. As you age, performance will decelerate and negatively impacted. Furthermore, retirement is the best time to check off your bucket list, and do the things you always wanted to do while working but unable to. 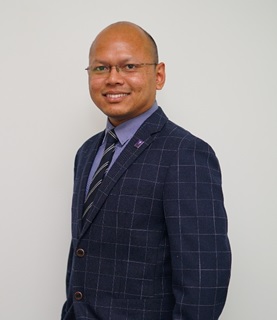 Mohd Sedek joined Standard Financial Adviser Malaysia in 2014 as Head of Investment and Financial Planning, managing Corporate and HNWI investment portfolio, as well as investment research and strategy. He holds a bachelor degree in economics, master degree in Business Strategy, Leadership and Change, Islamic Financial Planner from IBFIM and a certificate in Corporate Sustainability from NYU Stern Business School. He’s currently pursuing a PhD in Economics at Universiti Malaya.

Main photo by rawpixel on Unsplash