Dr Renard Siew, advisor for CENT-GPS talks about his global view of a resilient economy, its way forward, and how sustainability plays a large part in it. This was an article features in In Focus magazine issue 5.

Let’s cut to the chase.

If anyone asks me, ‘what will be the state of the global economy in the next five years?’, I’d say, developing economies such as Indonesia, Turkey, Brazil and Egypt will all be moving up the ladder. In fact, by 2023, I’d estimate that seven of the world’s largest 10 economies by GDP will be located in emerging markets.

What’s more, India and China will account for 35 per cent of the global population and nearly 25 per cent of the world’s working-age populace will be elsewhere in Asia. However, the biggest regional mover will be Africa, where young, fast-growing populations will mean that continent has more people aged 16 to 64 than China.

With the divide between emerging and developed economies closing at a seemingly faster rate than ever before, this should be seen as an interesting opportunity for all investors taking a long-term view.

A Dose of Sustainability

Sustainability can ensure and drive economic resilience. Sustainability is about meeting the needs of the present without compromising the ability of future generations to meet their own needs. At the end of the day, it’s about finding the right balance. While development is needed for the economy but we mustn’t ‘over-exploit’ natural or social capital as these are valuable inputs for production.

The principle of sustainability in itself is about ‘leaving no one behind’ and encourages integrated or systemic thinking to ensure that economic, environmental and social systems can all thrive. It’s important to realise early on that there’s no economy without the planet or people.

I believe, for a country to have economic resilience, it boils down to having a strong governance on sustainable development. Governments need to ensure that different parts of their cabinets have very clear goals and are aligned to the aspirations of the 17 Sustainable Development Goals (SDGs) and 169 targets.

These goals are what I consider to be the not-so-secret sauce to ensuring a resilient economy. Where most people fail though is in terms of execution. The SDGs encompass issues around the need to end hunger, promote quality education, reduce gender inequality and enhance climate resilience while ensuring that biodiversity is protected. Goal 17 focuses on strong partnerships, encouraging stronger synergies between developed and developing countries.

There also needs to be a focus on the future of work. Currently, there’s a debate on how current jobs might not exist in the future and there’s a need for countries to ensure that groundwork is being done to ensure that they are prepared for such scenarios. Basically, the ability to connect the workforce with meaningful jobs is also key to economic resilience.

On Being Resilient
The question is now, how do you measure a country’s economic resilience? Well, most people rely on GDP as the measure of the health of an economy. I personally feel that it’s a poor measure of progress of resilience. It increases as we destroy the natural capital of our planet. What we need is a ‘quality adjusted’ GDP linked to transactions which recognise how much social and natural capital we’re building.

I like the suggestion of using the Genuine Progress Indicator (GPI), which is an alternative to the more often used GDP, to measure economic resilience. GPI takes GDP and corrects it for various social as well as environmental factors such as inequality, costs of underemployment and costs of pollution.

Right now, I don’t think there’s one particular ideal model of a resilient economy but rather several pockets of excellence. Some people see countries recovering quickly from the global financial crisis as a form of economic resilience while others look at it from an adaptive perspective: how quickly do you bounce back from, say, a catastrophe.

Interestingly, the German independent foundation Bertelsmann-Stiftung 2017 paper on economic resilience explores some of the concepts of economic resilience in greater detail, arguing that there’s a lack of precision in terms of definition of a resilient economy (which I agree with). It makes for a really good read.

Architects of a Resilient Economy
So, who should be the architects of a resilient economy and why are they considered the architects? First of all, a number of stakeholders play the role as architects of a resilient economy. Needless to say, governments of course, have such a pivotal role just by nature of their function of monitoring the health of the economy, public services, promoting quality education and managing utilities like water and electricity. Furthermore, as I had mentioned earlier, we need stronger sustainability governance.

Another important stakeholder is the private sector. In fact, the UN projected that two thirds of financing for a sustainable and resilient economy will come from the private sector or banking institutions. The choices that they make in terms of capital allocation will play a role in helping shape the future of our economies.

Lastly, civil society plays such an integral part in nudging both governments and the private sector, steering them in the right direction, so to speak. Their contributions cannot and should not be undermined.

Last Words
Moving forward, I believe there are four key tenets of a sustainable economy:
1. a secure, efficient and decarbonised power sector;
2. a resilient and efficient low carbon-built environment;
3. an integrated and secure transport system that enables ultra-low carbon choices, and;
4. sustainable consumption patterns that are supported as well as encouraged by policy frameworks, business models and resilient supply chains.

Main factors influencing the global economy in these five years
Climate crisis – It’s a number one threat to the global economy. It has been estimated that trillions of dollars will be spent to rebuild livelihoods and damaged infrastructure as a result of extreme weather patterns such as floods and droughts. Industries such as agriculture, property, construction and manufacturing will be severely affected if there are no mitigation and adaptation measures. Countries that don’t invest in low carbon solutions will be at risk of losing out.

Investment in Physical Capital – Improvements and increased investment in physical capital such as roadways, machinery and factories will help reduce the cost and increase the efficiency of economic output. Investment in improving infrastructure, such as the Belt and Road Initiative, improves accessibility. Factories and equipment that are up-to-date and well-maintained are more productive than physical labour. Higher productivity leads to increased output. Labour becomes more productive as the ratio of capital expenditures per worker increases. Improvement in labour productivity increases the growth rate of the economy.

Improvements in Technology – Improvements in technology have a high impact on economic growth. As the scientific community makes more discoveries, countries need to find ways to apply and integrate these innovations. The push for better technology means the same amount of labour will be more productive and economic growth will advance at a lower cost. Technological innovation and more education for workers will improve economic output which eventually lead to a better livelihood. 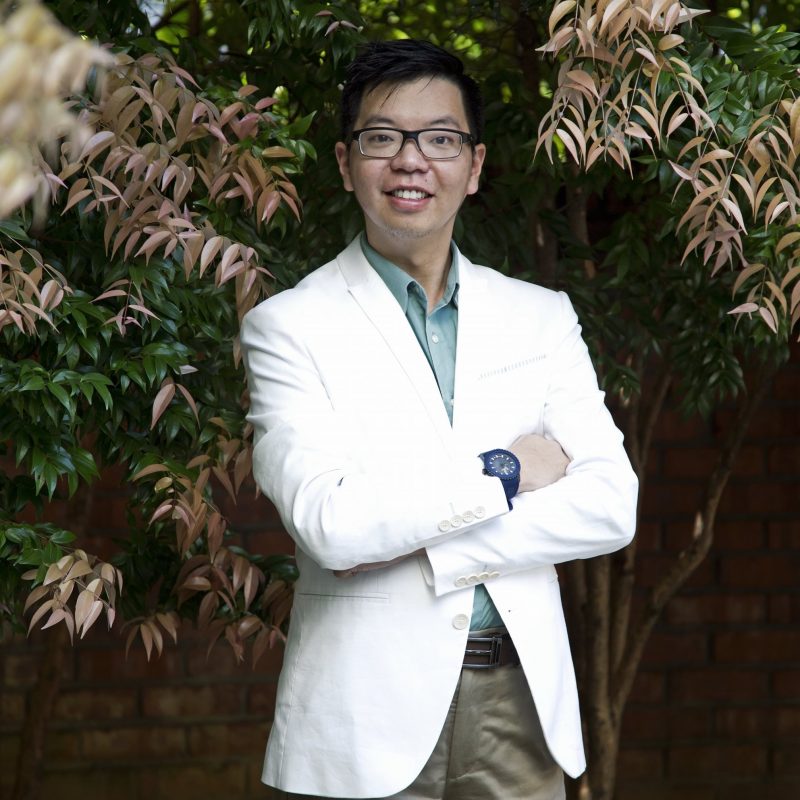 About the Author
Dr Renard Siew is an advisor for the Centre for Governance and Political Studies (CENT-GPS), a Kuala Lumpur-based behavioural and social science research firm. He holds a PhD and a bachelor’s degree in engineering from the University of New South Wales, as well as a postgraduate certificate in sustainable value chains from Cambridge University. His research interest lies in sustainability or integrated reporting, socially responsible investment, climate change and sustainable construction for the infrastructure sector.