Passion and skills of a conservation architect may achieve great results but what truly takes the cake is if he manages commendably to balance heritage building preservation with commercial viability. For one Malaysian it’s possible to maintain that fine balance. Su Aziz talks to him. This was published in the first edition of In Focus.

Well-known as one of the key players who championed Penang’s UNESCO World Heritage Site status, Laurence Loh is a conservation architect, an expert of cultural heritage in Malaysia his skill as well as authority on heritage buildings preservation is evident in the likes of Suffolk House and Cheong Fatt Tze Mansion in Penang, as well as Merdeka Stadium in Kuala Lumpur – three of the many which he had resuscitated back to their former glory. The first two are impressive mansions once belonged to very wealthy men who left indelible marks on Penang history. Both centuries-old buildings were in a state of dilapidation before Laurence restored them. 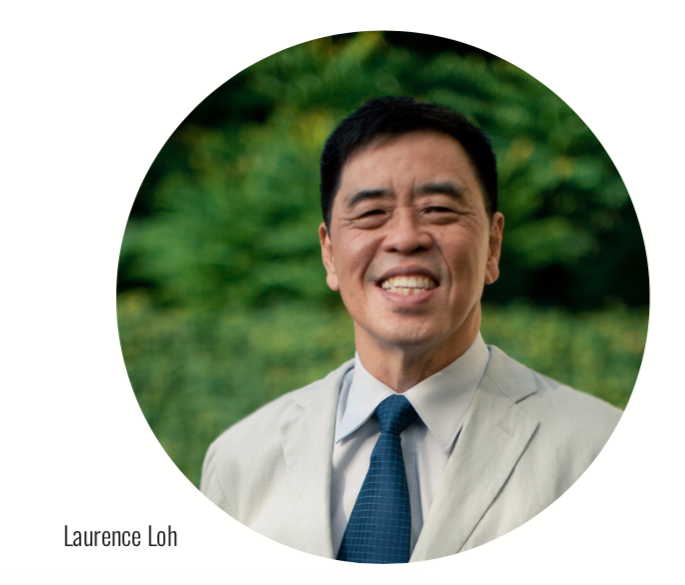 Today, these mansions have become staples in tourists’ agendas when visiting Penang as well as recognisable landmarks that often featured in most things pertaining to the island’s tourism. Each earns revenue through business such as operating a fine dining restaurant and guided tours.

Merdeka Stadium, on the other hand, was where the formal declaration of Malaya’s independence took place in 1957 and now, it’s a venue for international concerts and national soccer matches. So, you can imagine the nostalgia it holds and its role in Malaysia’s history.

An impressive résumé, steadfast dedication and ardent passion for historical concrete structures, alas, are not enough to result in sustainability when it comes to conserving heritage buildings. This, any conservationist or government will tell you.

In fact, good business acumen and marketing skills need to be part of the equation that result in success. In this sense, Penang encounters challenges when it comes to managing its city that was awarded UNESCO World Heritage Site status in 2008. There is a thin line it straddles as a world heritage site and as an increasingly popular tourist attraction.

Yet, this conservation architect has managed to surmount the hurdles lithely, skirting issues and sensitivities with dexterity when it comes to managing, for example, Cheong Fatt Tze Mansion. Known fondly as the Blue Mansion, it holds such fascination for its visitors because, perhaps, of the history contained within its indigo-painted walls. Below, Laurence reveals not only the how and what it entails to sustain world heritage sites but also his own experience.

What was your vision for the Blue Mansion?
Initially, in 1990, a small group of conservation-minded Penangites bought the building with the primary purpose of saving it from destruction. We wanted to prevent a non-sympathetic purchaser from buying it only to demolish it and redevelop the site.

With the realisation that the building would have to be conserved, we decided to undertake a complete restoration to reflect its original design, construction and workmanship, employing authentic materials and craft techniques, to make it the first of its kind in Penang. Especially of 19th Century Southern Chinese courtyard house that was embellished in the Penang eclectic style. To ensure that it would set the benchmark for conservation in Malaysia. So, no expense was spared.

Did that vision become reality?
The vision did become a reality. It won the top award in the 2000 UNESCO Asia- Pacific Heritage Awards for Cultural Heritage Conservation, a vindication of the years of sweat and tears and dedication invested in the conservation process. Today, it has attained global acclaim, recognised by Lonely Planet as one of the top ten Great Houses and Grand Mansions in the world. A Google search on the Blue Mansion will offer close to 15 million results.

How long did it take to restore the Mansion?
The initial conservation work took four years, from 1991-1994. Subsequently, we’ve done three rounds of repair and upgrading.

What are the current functions of the Mansion?
It’s now a four-star heritage hotel with all the modern conveniences but is unique in that it offers three interpretation tours a day that allow the normal public to visit the house and be told the story about the life and times of Cheong Fatt Tze, China’s last Mandarin and first capitalist who resided in, among other Southeast Asian cities, Penang.

How is it sustainable?
The revenue from the hotel operations and tours sustains the place and enhances its cachet. The brand value adds to capital appreciation of the land and building.

What are the challenges of managing a heritage building?
It’s like running any other business – you have to have the management skills and know how, a head for business, understand how to market and grow a brand, how to make the product unique and the like. Without prior training, I learnt on the job, so to speak. Most importantly, I had a very clear vision of how I wanted it to be – a place that one wants to return to again and again.

If you knew then what you know now about managing a heritage building, what would you change?
I’d do it better right from the word go and achieve results more quickly and efficiently without the angst and the years of trial and error. I think I got it right the first time in terms of its branding.

The Blue Mansion (1990) and…
What’s your advice to those who want to make a heritage building commercially viable?
[As an accommodation] You’ve got to have a good working knowledge of hotel management, be well-acquainted with the tricks of the trade and have good cash flow. You must position the hotel at the right level and be an online marketing expert. Today, online travel agents control the hotel market worldwide. They’re kings. You’ve to know how to work with them, and below and above them.

You have to find ways to drive traffic to your website and to increase the percentage of direct bookings. You can’t take your foot off the pedal, or more accurately, your eye off the screen. But most of all, you must have a good product in the first place. I mean, you don’t have to tell people what a Ferrari is.

How does Penang sustain the site’s status?
The management plan, Special Area Plan (SAP), has legal status and was gazetted under the Town and Country Planning Act of Malaysia. It sets out all the policies, guidelines and rules about looking after the site and ensuring that its outstanding universal values are not threatened or lost.

The State Government has set up a World Heritage Office that handles all non- statutory matters related to the site and its heritage values. It runs awareness and training programmes to help socialise and deepen the public’s understanding and appreciation of the city heritage assets and the necessary safeguarding of its attributes of authenticity.

How is Penang balancing the site’s commercial and heritage values?
Through its programmes and policies. The SAP defines zones and clusters for social and cultural activities outside the commercial realm. The process of gentrification can’t be stopped as property values increase and buildings get renewed. There are however always limits to growth. I believe it’ll find its own level as time goes on. In the life of a city, it’s still early days. Every World Heritage Site goes through a growth cycle and then levels out. The government will have to consciously promote arts and culture to counter the commercial forces.

In your opinion, is Penang succeeding in keeping this balance?
There are no major issues that stand out, other than the fact that the prices of shophouses and terrace houses have risen incredibly high [in George Town], bolstered by buyers from overseas, especially Singaporeans. This is inevitable, but it should find its own level because the rental prices in Penang have never been strong, except in key areas. After awhile, buyers should realise that they can’t get the returns. From the business angle, the tourism industry [in Penang] is growing on the back of culture. Food is a big draw. As long as the distribution of wealth is not too lopsided, there’ll be money re-circulated into heritage conservation through renewal.

How’s Penang maintaining its heritage site?
Penang is obviously leveraging on its strengths. In the core area of the World Heritage Site, many of the businesses that have opened up in the last five years cater to the cultural travellers. Slowly, changes are taking place to make the site more attractive and liveable. The local authority has launched a new programme public realm campaign called ‘The Pedestrian is King’. It’s clearing the five-footways by removing obstructions and illegal structures. Also, there has always been a very close monitoring of new works. All plans have to go before a Technical Review Panel which comments on the aesthetics of designs in relation to their urban forms.

Is the heritage site a positive economic contributor for Penang?
Without a shadow of a doubt, cultural heritage is now one of the biggest and most visible economic contributors [globally]. The income from tourism has increased by leaps and bounds. There’s a positive trajectory in terms of investment from locals and abroad in this sector. There’s a buzz about the place that attracts visitors constantly. The World Heritage ‘badge of honour’ has changed the whole perception of George Town and Penang. It’s a ‘must see’ place in Malaysia.

Are the amounts of visitors to the heritage site detrimental to its longevity?
Penang has the carrying capacity to take the increase in visitors. It’s really a question of channelling them and spreading them out. Also, it’s about attracting a different class of visitors. For example, Penang’s not very strong on eco-tourism. There are many opportunities in this sector. Turning Penang Hill into a UNESCO biosphere site, which is on the agenda, would attract a different set of people. However, the authorities can’t rest on their laurels and will have to keep upgrading its facilities and transportation system to meet the needs [of sustainability].

What is the level of Penang’s conservation awareness and sustainability?
Generally, I’d say that in comparison to other cities in general, conservation awareness and commitment to the cause, in Penang, is stronger. After all, Penang is a bottom- up place, where civic society is strongly embedded. The shift to the sustainability paradigm will come, but like all global movements, it will take time.

For more on the latest topics related to business, technology, finance and more, read our digital versions of In Focus magazine, issue 1, issue 2 and issue 3.